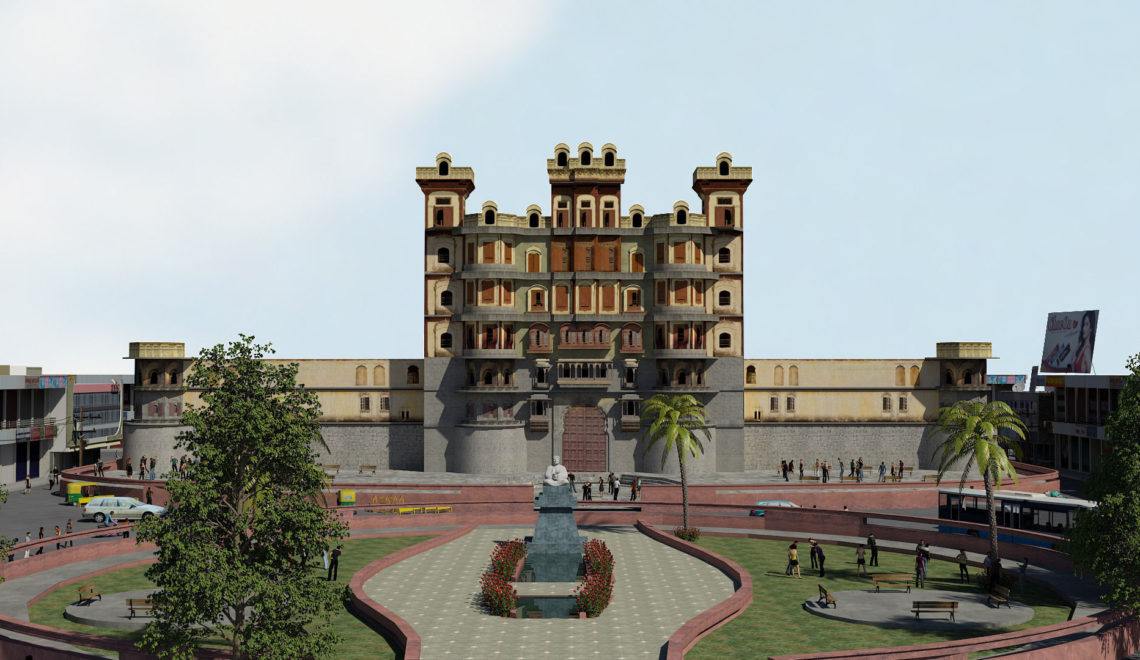 Why is Rajwada, Indore Famous

Rajwada, or Holkar Palace as it is fondly called, is a popular historical monument in Indore. It was constructed more than 200 years ago by the founder of Holkar dynasty, Malhar Rao Holkar, in 1747 A.D. The Holkars, who trace their lineage from the Maratha Dynasty, are believed to have resided in this fort till the year 1880 A.D. This colossal palace is a fine example of the architectural brilliance of that time. Consisting of a whopping 7 stories, this impressive palace is frequented by local inhabitants and tourists from all parts of the world. 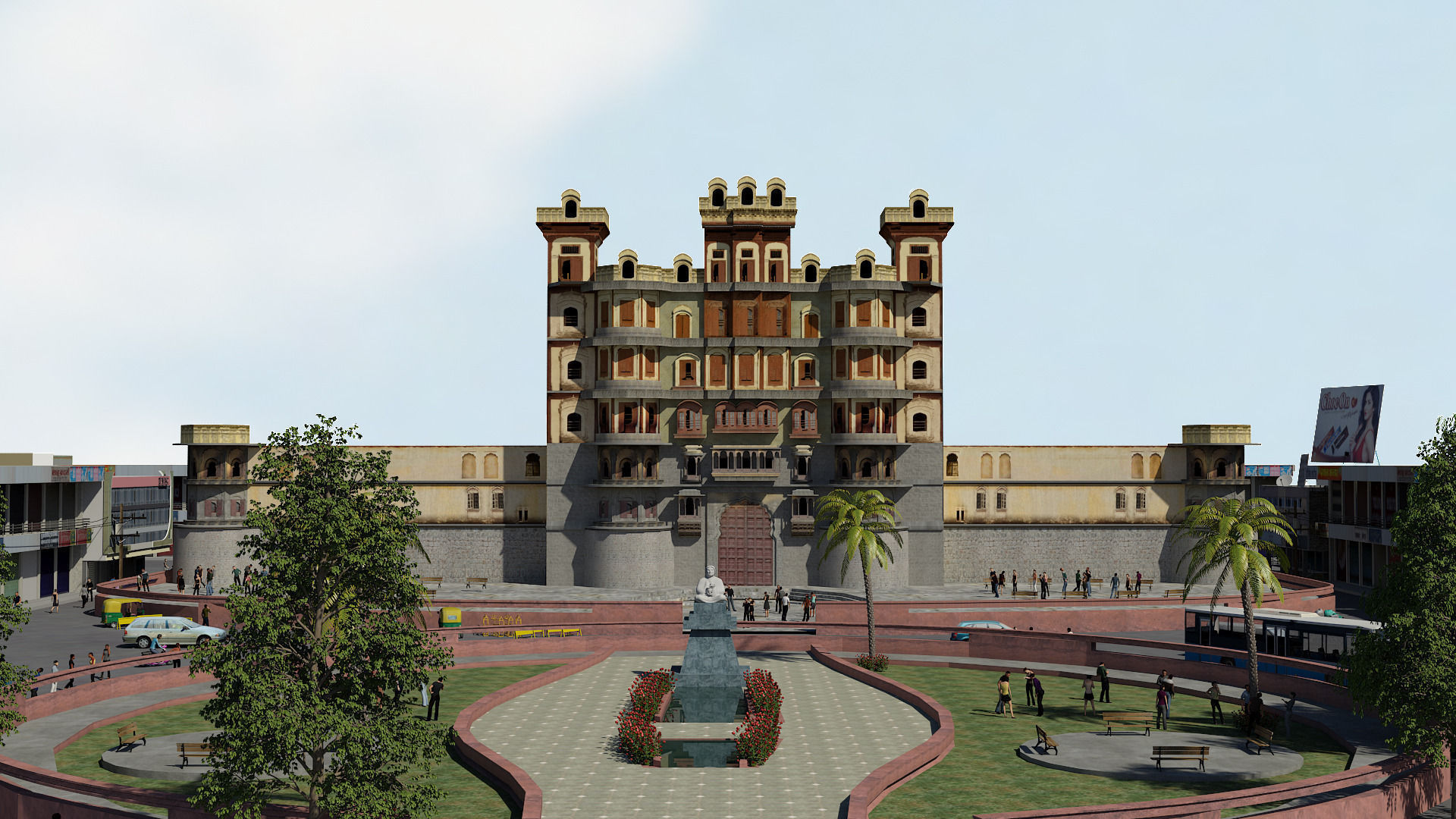 What makes Rajwada Palace famous is that it is one of the most ancient structures in the city. Situated in the center of the famous Khajuri Bazaar, the palace is adorned by a well-manicured garden, which has an impressive statue of Queen Ahilya Bai, who inherited this mammoth palace after the demise of her father Malhar Rao Holkar in 1765 A.D. It also has an artificial waterfall cascading from the walls and a few fountains.

Known to be one of a kind, this palace is a beautiful montage of the Indo-Saracenic style of architecture; while the first three floors of the fort portray a Rajput Style of construction, the rest of the building resonates of a typical Maratha style. Spread over an area of 6175 sq. m., this fort has several elements of French architecture, which are reflected in the way Darbar Hall, Rani Ahilya Throne and Ganesha Hall are constructed. 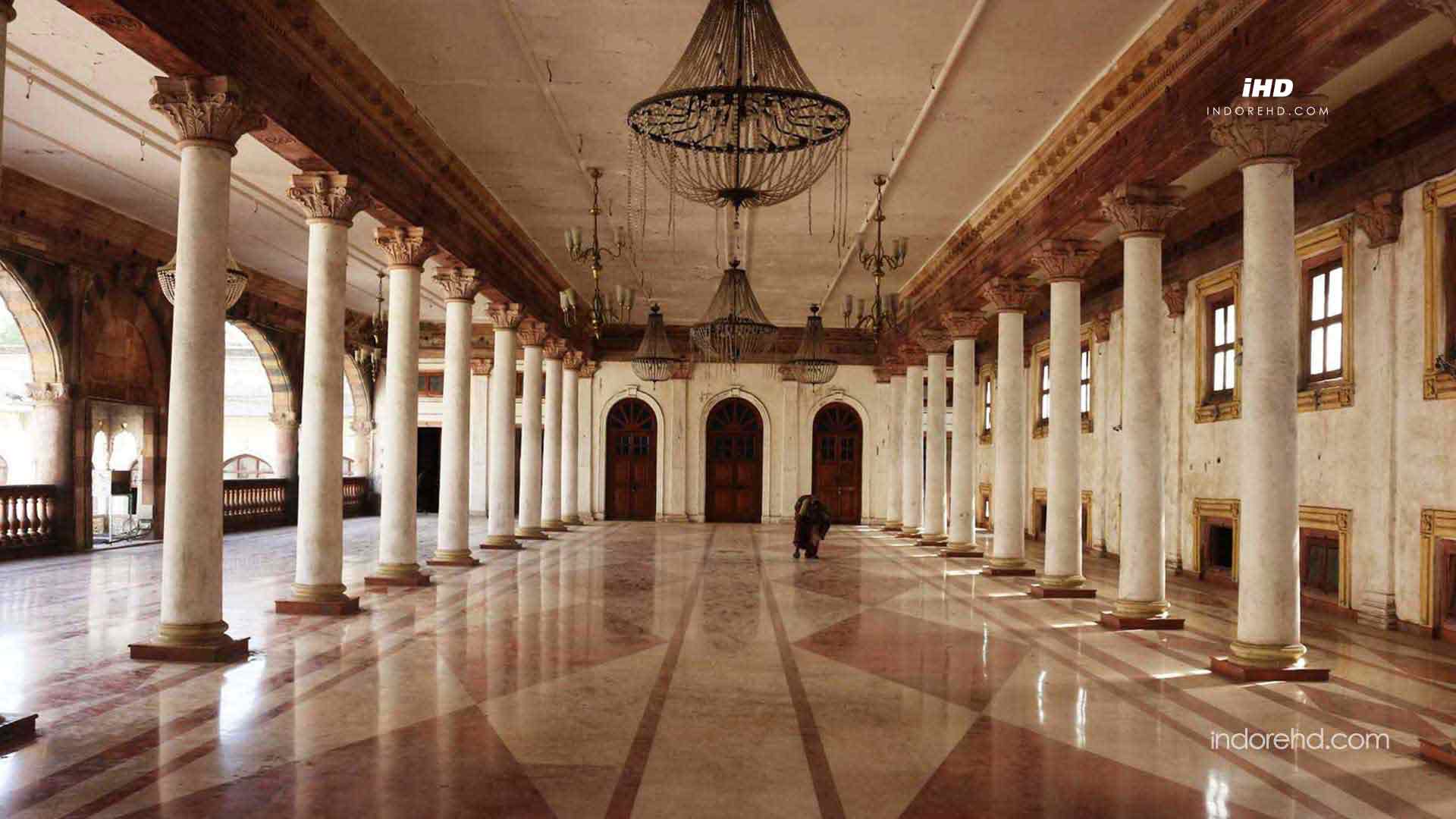 Another interesting fact about Rajwada Palace is that it has been subjected to three instances of fire; the last one of them being in 1984. This instance happened in the aftermath of the 1984 anti-Sikh Riots when there was a lot of public uproar following the assassination of Prime Minister Indira Gandhi. This instance was the most destructive one. Today, only the front part of the original part building exists in its original form. The palace was renovated in 2006.